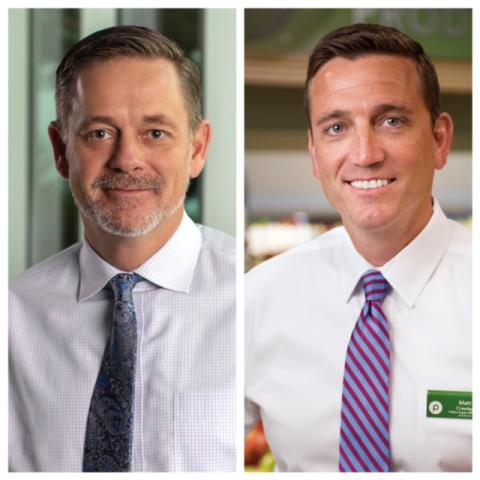 Two executives are moving up the ranks at Publix. The retailer promoted John Goff to SVP of retail operations and tapped Matt Crawley to replace him as VP of the Miami division.

This is the latest internal ascension for Goff, who started as a front service clerk in 1991 and took on later roles as store manager, Jacksonville division district manager, Miami division regional director and Miami division VP.  He will be based out of Publix’s headquarters in Lakeland, Fla., where he will help steer the company's retail operations beginning in January 2022.

Crawley will take on the Miami position previously held by Goff. He, too, started as a grocery clerk and worked his way to store manager, district manager and his most recent job as a regional director for Publix’s Atlanta division.

“John and Matt are both seasoned, high-energy leaders with a passion for people and helping their teams grow,” said Kevin Murphy, company president. “Their ability to motivate associates to give their personal best and deliver the highest level of service will play a critical role in preparing Publix for future growth. We are excited to see all they will accomplish in the next steps of their careers.”

Privately owned and operated by its more than 225,000 employees, Lakeland, Fla.-based Publix has 1,281 stores in Florida, Georgia, Alabama, Tennessee, South Carolina, North Carolina and Virginia. The grocer is No. 11 on The PG 100, Progressive Grocer’s 2021 list of the top food and consumables retailers in North America.