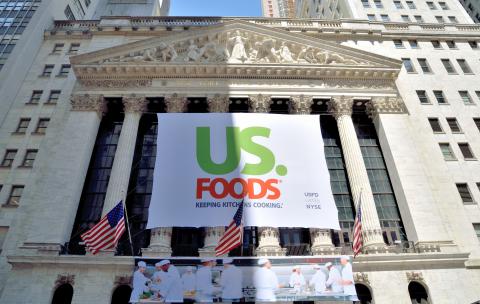 US Foods is searching for a new CEO while elevating a board chair and naming new directors.

The current CEO of US Foods is exiting the foodservice company and a search is on for a replacement. US Foods Holding Corp. reported that Pietro Satriano is leaving the CEO position he has held since 2011 and Andrew Iacobucci has been appointed interim CEO.

“It has been an honor to have led such a remarkable team committed to making US Foods one of America’s great food companies, and I am proud of all that we have achieved together,” Satriano said in a statement.

In his most recent role as chief commercial officer, Iacobucci led the company’s merchandising, pricing and local sales functions to drive market share and optimize gross margins. He previously served as chief merchandising officer, joining the company in 2017 after working for Ahold USA as EVP of merchandising.

“US Foods is off to a great start in 2022 and our recent financial performance highlights the strong early progress we are making against the initiatives that support our long-range plan,” Iacobucci remarked.

Also part of the reshuffling is the ascension of Robert M. Dutkowsky to executive chair of the organization, from his most recent role as non-executive chairman of the board. Among other positions over the years, Dutkowsky served as executive chairman and CEO at Tech Data Company and was president, CEO and chair at software company Egenera, Inc. In addition, US Foods welcomes new independent directors James J. Barber, Jr., Scott D. Ferguson and David A. Toy, who are now part of the 13-person board of directors.

According to Dutkowsky, the shifts at the top of US Foods will help propel the foodservice organization to reach goals set in its long-range plan and boost shareholder value. “After careful consideration, the board determined that it is time for a change in leadership at US Foods. On behalf of the entire board, I want to thank Pietro for his dedication and leadership to US Foods over the last 11 years and for guiding the company through the pandemic. As we navigate this transition, US Foods remains well positioned to capitalize on the opportunities ahead to generate significant value for our shareholders,” he said.

As Iacobucci and Dutkowsky take the executive reins for now, US Foods has created a five-member search committee for a CEO to replace the outgoing Satriano.

Along with sharing key executive changes, US Foods reported first quarter earnings and reaffirmed its fiscal guidance for the rest of 2022. The company shared that net sales grew 23.9% to $7.8 billion versus the same period in fiscal 2021 and net loss available to common shareholders improved to $16 million. The Rosemont, Ill.-based company partners with about 250,000 restaurants and foodservice operations and operates 69 broadline locations and more than 80 cash and carry stores.