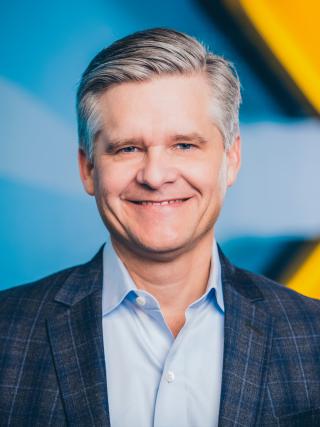 Walmart Inc. EVP and CFO Brett Biggs will begin transitioning from Walmart this coming year, after 22 years with the retailer, to pursue opportunities in both the for-profit and nonprofit sectors.

Biggs will remain in the CFO role until a successor is appointed in 2022 and then support that transition, staying on as an associate until his departure from the company on Jan. 31, 2023. During the transition, he will also continue as a board member on Walmart’s fintech startup joint venture with Ribbit Capital.

The company will consider internal and external candidates before naming a successor. Biggs has held his present roles since Dec. 31, 2015.

“Brett’s high character and strong leadership have played a central role during one of the most significant periods in the company’s history,” noted Walmart President and CEO Doug McMillon. “His contributions have been a key to the important steps we’ve taken to transform the company on our omni-journey. Brett has elevated the finance organization and strengthened the team through his commitment to excellence and talent development. We are fortunate to have benefited from his talents, and we appreciate everything he’s done for the company during his career.”

“My time at Walmart these past 22 years has been incredible,” said Biggs. “It has been a privilege to work alongside Doug, our leadership team and the many talented individuals throughout the company and finance organization. Our company has never been stronger, and I believe we’re set up for continued success to serve customers and deliver a retail experience unlike any other company. Given the tremendous positioning and momentum of the company, now felt like the right time to transition to the next chapter in my personal and professional life. I want to thank Doug, the leadership team, the Walton family and the board of directors for their tremendous support during my career.”

Biggs joined Walmart in 2000 and as CFO oversees accounting and controls, corporate strategy and development, business planning and analysis, global procurement, internal audit, treasury, tax, and investor relations. Previously, he was CFO for Walmart International, Walmart U.S. and Sam’s Club. He has also been SVP of international strategy, mergers and acquisitions, and SVP of corporate finance, as well as SVP of operations at Sam’s Club. Before coming to Walmart Biggs held various M&A and corporate finance roles with Leggett & Platt, Phillips Petroleum Co. and Price Waterhouse.

Walmart operates approximately 10,500 stores under 48 banners in 24 countries, and e-commerce websites, employing 2.2 million-plus associates worldwide. Walmart U.S. is No. 1 on The PG100, Progressive Grocer’s 2021 list of the top food and consumables retailers in North America, while Walmart-owned Sam’s Club ranks No. 9 on the list.