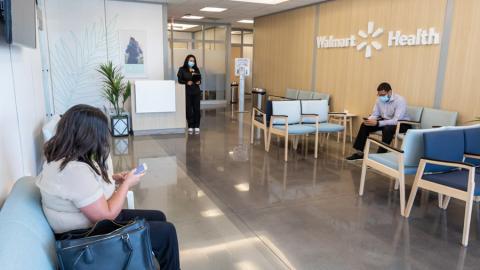 Already present in Georgia and Arkansas, Walmart Health is slated to make its debut in the Jacksonville, Florida, area, next year.

Walmart has revealed that its Walmart Health concept will expand to Florida next year. The centers offer key health care services at low, transparent services, regardless of whether patients are insured.

“The combined crises of the COVID-19 pandemic, the economic recession and subsequent loss of health insurance for millions of Americans have reinforced the vulnerabilities of our health care system,” noted Sean Slovenski, SVP and president, health and wellness, Walmart U.S., in a blog post. “At Walmart, we understand that this means our customers need us now, more than ever. We don’t take this responsibility lightly and are committed to helping our customers save money while living better – and healthier.

According to Slovenksi, Florida has the second-highest number of Walmart stores in the country, and is also where the company introduced its $4 generic-prescription program more than a decade ago.

Slovenski said that he would have more details on specifics such as exact locations, timing and services offered, but was able to share that the retailer would be focusing first on the Jacksonville area, and that the concept in Florida would “build on the features and services of our existing locations … as well as future locations.”

Last month saw the debut of the first Walmart Health Center outside of Georgia, where the first three such facilities opened, in Springdale, Arkansas. Centers are also planned for Illinois.

Walmartoperates more than 11,300 stores under 58 banners in 27 countries, and e-commerce websites, employing 2.2 million-plus associates worldwide. Walmart U.S. is No. 1 on The PG 100, Progressive Grocer’s list of the top food and consumables retailers in North America.