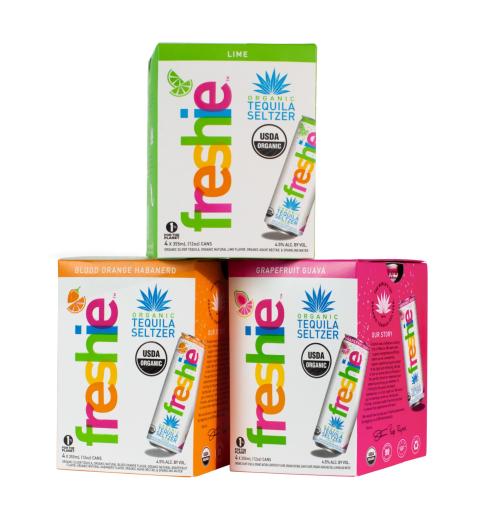 Freshie's Organic Tequila Seltzer earned the coveted USDA Organic seal after lengthy and rigorous analyses confirmed the organic nature of the key ingredients in its entire line of seltzers.

As more consumers choose to socialize and imbibe at home due to the high costs associated with drinking out, food retailers need to know how to stock their shelves for the upcoming autumn and winter seasons. Three popular beverage alcohol segments that grocers should be paying particular attention to are beer, hard cider and seltzers. These three ready-to-drink segments are poised to drive growth as the weather turns cooler and the public celebrates fall activities like Oktoberfest and tailgating/homegating.

Plus, despite high inflation concerns, retail price increases for beverage alcohol remain more moderate than other CPG categories, according to market research firm IRI’s “2022 Midyear Alcohol Update” report, which finds that elevated at-home beverage alcohol consumption is here to stay. The report notes that many consumers are opting to celebrate and socialize at home, given on-premise challenges driven by labor shortages, rising prices and reduced menus.

As a result, retail marketing should center on inspiration for at-home entertaining occasions.

“Consumers are looking to indulge and create entertaining experiences at home, and retailers should emphasize premium products and products with unique attributes in this space,” advises Scott Scanlon, EVP of the beverage alcohol vertical for Chicago-based IRI.

While not currently used as widely for alcohol purchases, e-commerce is also an integral part of a consumer’s shopping experience and is critically important for omnichannel success, IRI makes clear. The report particularly highlights that e-commerce remains a viable channel for beer.

Beers, along with spirits and seltzers, are attracting the youngest buyers, with variety packs being a great way for consumers to experiment with the various flavor profiles on the market.

What other trends should grocers consider when stocking their shelves? Two seemingly opposite trends are gaining traction among consumers: better-for-you and higher-ABV (alcohol by volume) options.

Zero-carb Bud Light NEXT was developed for the current crop of 21-plus consumers.

While hard seltzer is already viewed as a healthier alcoholic option thanks to its low-cal and -carb profile, the segment is leaning into its better-for-you appeal. Take Northbrook, Ill.-based Freshie. Its Organic Tequila Seltzer launched in 2021, and in 2022, the product earned the coveted USDA Organic seal after lengthy and rigorous analyses confirmed the organic nature of the key ingredients in its entire line of tequila seltzers.

Freshie uses organic 100% blue agave blanco tequila from a solar-powered, zero-waste, zero-carbon all-organic family-owned distillery in Jalisco, Mexico. “Our distillery partner shares our commitment to organic and sustainable products,” says co-founder Paige Iseminger. In addition to its USDA-Certified Organic seal, Freshie is non-GMO and gluten-free. Each 12-ounce can offers 99 calories per serving and 4.5% ABV. Freshie is a member of 1% for the Planet, donating profits each year to environmental-focused nonprofit organizations.

In August, the company launched Grapefruit-Guava and Blood Orange-Habanero flavors and an eight-can variety pack. Each variety is made from organic blanco tequila, organic agave nectar, organic natural flavors and sparkling water.

“We worked for two years to perfect these flavors,” say Freshie founders Paige and Ryne Iseminger. “There was a lot of trial and error to get them just right. The most important criteria were that like the Lime flavor, they had to reflect native flavors of Mexico and they had to be delicious. We think we landed on perfection.”

Looking to dent hard seltzer’s market share, St. Louis-based Anheuser-Busch launched its first-ever zero-carb beer in February. Boasting 80 calories and 4% ABV, Bud Light NEXT offers a clean, refreshing taste. The product is a new type of beer brewed for the current crop of 21-plus consumers, who have long desired a beer that goes beyond a traditional lager, with the sessionability and stats of a seltzer.

“Today’s consumers are all about breaking barriers, being trailblazers and setting their own path,” notes Andy Goeler, VP of marketing, Bud Light. “We are proud to introduce this new super-crisp beer which is brewed to meet their evolving taste preferences; it’s a truly symbolic innovation that celebrates the barrier breakers who, like us, embrace possibility.”

Additionally, retailers should pay particular attention to premium lights, giving them the display space they deserve. According to Chicago-based Molson Coors, premium lights make up a quarter of total beer volume, yet account for only 17% of displays, including just 10% dedicated to large packs. Compare that with hard seltzers, a slowing segment that accounts for less than a tenth of total beer volume but occupies 21% of display space.

If retailers dedicated the same amount of space for premium lights that they give to hard seltzers, they could realize a roughly $41 million opportunity with premium light large packs (24 cans and up) and a $17.7 million boost with secondary packs (12 packs and fewer), according to IRI.

Further, don’t forget about hard cider as a better-for-you alcohol option. With the increasing prevalence of celiac disease, this naturally gluten-free beverage can be a significantly sweeter and more refreshing option than beer for many of today’s shoppers. 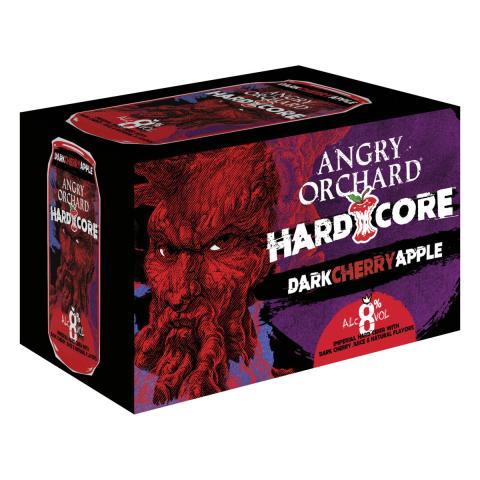 “Through the years, Angry Orchard has been synonymous with offering deliciously bold ciders that feature real fruit,” says Kelli McCusker, head of marketing for Walden, N.Y.-based Angry Orchard. “As drinkers shop the increasingly crowded alcohol space, they’re looking for offerings that deliver on flavor, ingredients and ABV to provide more value. Combining Angry Orchard’s equity in real fruit with a higher ABV in our new Hardcore wins that shopper equation — while giving drinkers a new way to transport them to their ‘happy place’ that much faster.” 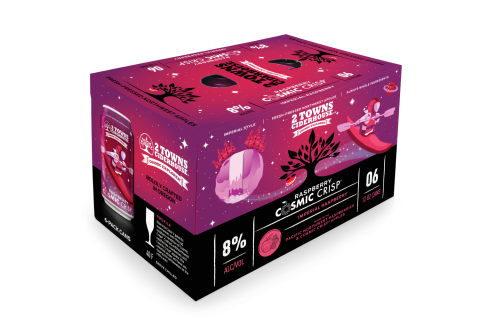 “When you pair the bright, high-acid profile of the Cosmic Crisp apple with tart, juicy Pacific Northwest raspberries, the result is astronomical!” affirms Dave Takush, head cider maker. “This new raspberry rendition makes a stellar addition to the Cosmic Explorer series line — all are very authentic, very approachable and remain … out of this world.”

The culmination of 20 years of study and research by Washington State University, the Cosmic Crisp apple is a classically bred hybrid of the Honeycrisp and Enterprise apple varieties. The resulting fruit is a large, round, crisp, juicy apple that’s ideal for cider making. 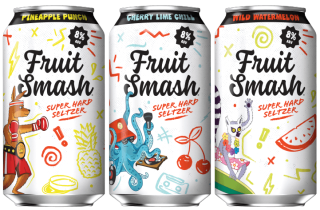 This American-style Imperial IPA features aromatic hops, fruit-forward flavors and low bitterness. Brewed with Mexican orange, mango and passion fruit, Juice Force boasts a light body, given the ABV. Juice Force combines the strength and punch of a 9.5% ABV beer with the drinkability and flavor expected from a much lighter IPA.

“The feedback we’ve received on Juice Force so far has been nothing short of incredible,” asserts Dave Knospe, Voodoo Ranger brand manager. “Beer drinkers, retailers and distributors are hitting us up daily, demanding more. It’s well exceeded even our highest expectations.”

In recent months, many U.S. breweries have had difficulty finding carbon dioxide (CO2) due to supply chain problems, leading to a possible beer shortage in the United States this fall.

A key ingredient in beer, CO2 is the gas that gives the alcohol its crisp, effervescent taste. Contributing to beer foam and shelf stability, the gas is used throughout the production and packaging process, according to experts. Without CO2, many types of beers fall flat.

According to NBC News, the beer crisis grew worse this summer as reports emerged that the CO2 sourced at Jackson Dome, in Mississippi, one of the nation’s largest gas production hubs, had been contaminated. CO2 supplies were already tight because pandemic shutdowns forced many key suppliers offline.

Even before that, breweries were facing higher costs for raw materials like aluminum and barley as a result of inflation.

Overall, these conditions are directly affecting the country’s beer supply, and they may be pushing struggling brewers — especially smaller operations — beyond the point of recovery.