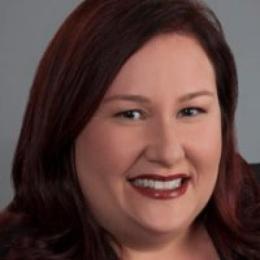 Gina Acosta is the Editor-in-Chief for Progressive Grocer. She is obsessed with grocery stores, food retailers, international travel and her favorite place in the world is the 6th Arrondissement of Paris. Gina has covered the retail and CPG industries for various business publications since 2014.

Previously she was a writer and editor for the Tampa Bay Times. She served on the editorial board of the Washington Post and as an assistant editor there for more than 13 years. She has also worked for the Hartford Courant, Tallahassee Democrat, and Miami Herald.

In 2006 she was awarded the Nieman Fellowship for Journalism at Harvard University, where she spent more than a year studying retail, agribusiness and teaching journalism.

She has received the Hispanic Media 100 Award, Women in Communications Leadership Award, Tallahassee Democrat Award for Newsroom Excellence, Dow Jones Newspaper Fund Intern Award and Hearst Journalism Award. She has also been selected as a fellow by Investigative Reporters and Editors, the Poynter Institute, the Maynard Media Academy and American Society of Newspaper Editors.

A native of Miami, she earned a Bachelor's Degree in Journalism from Florida A&M University and a Master of Science from the University of Tampa.

When she is not geeking out about grocery and retail news, Gina loves hiking with her Border Collie, Riley, and planning her next trip to Paris. Gina speaks fluent English, Spanish, Italian and is trying really hard to learn French.

ARTICLES BY THIS AUTHOR

6 Business Imperatives for Grocers in 2023

How Target Wins With Culture

5 Ways Kroger Aims to Up Its E-Commerce Game

How S-Commerce Is Driving Growth at The Fresh Market

A Good Year for Grocers to Go Smaller

Ready for the Next Crisis? We Want to Hear From You

Honoring the Sustainability Superstars of Grocery