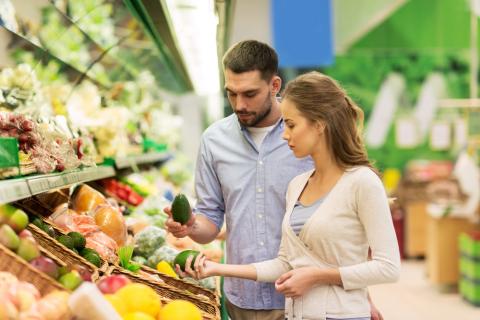 Since 2019, prices for select conventional meats, dairy items, fruits and vegetables rose by a 13.9% average — 12 percentage points more than the 1.6% growth in costs for organic varieties

Conventional food prices are rising at a much faster rate than organic costs, according to a recent MagnifyMoney study that reviewed weekly retail pricing data from the U.S. Department of Agriculture (USDA).

Even though organic foods overwhelmingly cost more than conventional, the data shows that could change in the future. Since 2019, prices for select conventional meats, dairy items, fruits and vegetables have risen by an average of 13.9% — 12 percentage points more than the 1.6% growth in costs for organic varieties.

Amid rising grocery prices, 90% of consumers said that price is the most important purchase driver for fresh items, according to Deloitte's third annual report on the future of fresh food. Eighty-two percent of consumers also believe that fresh food prices have increased more than is justified.

In addition to worrying about in-store prices, consumers are being warned about how much they pay for groceries online. A MIT Sloan School of Management study revealed potential gaps in price-setting algorithms for online retailers, showing that prices set by algorithms might not be the lowest or best for shoppers. The researchers said that continual adjustments result in fluctuating prices across different times and geographies.