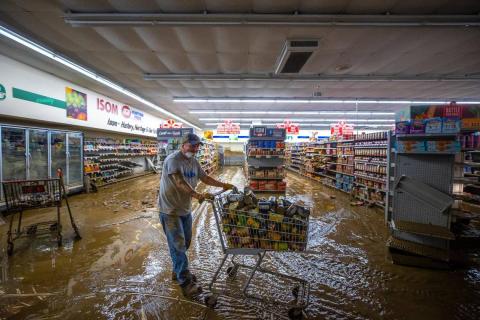 Gwen Christon is a rarity in the grocery industry.

The African American owner of the Isom IGA grocery store in Isom, Ky., Christon started working at the store as a cashier shortly after it opened in 1973. Twenty-five years later, she bought the store, which is the only full-service grocer in the area for 20 miles.

Over the years, Christon shaped the supermarket into a gathering place for the community. She made investments in the store, such as replacing refrigerated cases, installing self-checkout lanes and adding e-commerce solutions. In 2007, she was even named IGA International Retailer of the Year.

“What makes her unique is not only that she is a female-led business in grocery, but she's African American also,” says John Ross, CEO of Chicago-based IGA. “She’s become a fixture and a leader in her community in a way that no one would’ve expected, probably least of which her. And she’s had spectacular success.”

But this past July 28, everything changed for Christon and the entire Isom community.

A once-in-a-thousand-years flooding event ravaged the community of 1,500 people in coal mining country, about 20 miles west of the Virginia state line. There’s been a lot of flooding news this summer, with historic floods in Arizona, Texas and other states. But in eastern Kentucky, floods swept away entire communities, including Christon’s store, and left food deserts at a time when food insecurity is rampant. More than 6 feet of water and mud destroyed everything. Now, a critical part of keeping that community alive is gone, Ross notes. 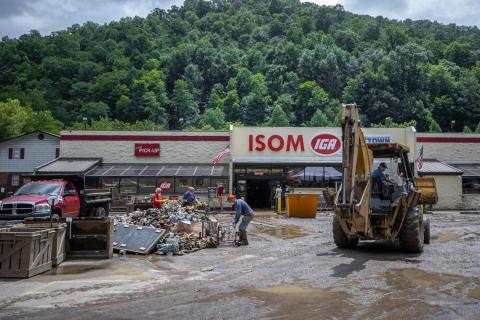 When disaster struck Christon’s store, however, IGA was in immediate contact with her licensed distributor, MDI, on marshaling resources to help her, according to Ross.

“There were daily calls about what we could do to support her,” he says. “The interesting thing about her is that it’s a relatively small store serving an economically challenged region, and yet she’s one of our most innovative retailers. She’s not afraid to invest in new technology. There’s a lot of people that could have sat back during COVID and not reinvested in their stores because business was booming. She did exactly the opposite. She’s been continuously reinvesting in her store. She’s the only store in town, but it’s a great store and a great shopping experience. The loyalty happening in the community right now is coming because her customers recognize that.”

The community has indeed come together to raise money for rebuilding efforts, which Ross estimates will cost at least $2 million. People from all over Letcher County, the state and the country have been donating money to a GoFundMe page. The IGA Foundation is also raising money for Isom IGA.

The rallying around Gwen Christon and her grocery store, which has a sign out front that says “Hometown Proud,” is a reminder that independent grocers really are the heart of communities across this great country. Without Christon’s store, Isom, Ky., is not just a food desert – it’s also a community without community. Independent grocers offer better connections to locally grown food, to locally supplied food and fresh products, and to more specialized customer service. They also foster community connections among residents that are irreplaceable.

Now more than ever – amid pandemics, extreme weather events and economic hardship due to inflation – indie grocers need the industry’s support. If you would like to donate to the Isom IGA rebuilding efforts, please go here. You can also read about the IGA Hometown Proud Community Foundation by clicking here.