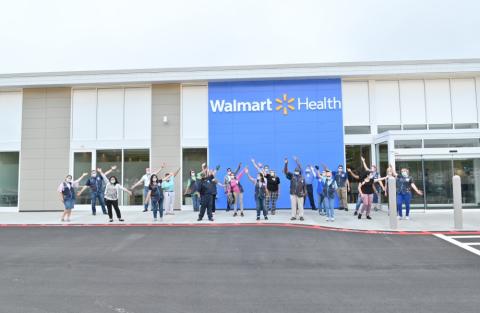 In addition to recently opening a Walmart Health location in Loganville, Georgia, Walmart plans to expand the concept to Florida and Illinois, and to establish at least six such facilities in the Atlanta area.

Just after revealing plans to bring its Health Center concept to Florida next year, starting with the Jacksonville area, Walmart has confirmed that it will open at least six centers in the greater Atlanta area by the end of 2020, according to a published report.

The retailer also intends to open two of the facilities in the Chicago area. There are already four of the centers up and running, three in Georgia, where the concept debuted, and one in Springdale, Arkansas, not far from company headquarters.

The expansion is part of Walmart’s strategy of becoming a major health care player, according to CNBC. In addition to the Walmart Health offering, the company acquired technology from CareZone, a startup that helps people manage their medications, its U.S. employees have access to Doctor on Demand if they’re enrolled in a health benefits plan, and its Sam’s Club division has teamed up with telemedicine startup 98point6.

Located next to Walmart stores and ranging in size from 5,200 square feet to 8,800 square feet, the centers offer a range of medical services at low, transparent prices, regardless of patients’ insurance status. Walmart has been tinkering with the concept at its various locations in terms of layout and services offered. As CNBC pointed out, many of the company’s 4,700-plus stores across the country are in small towns or rural areas with few health care services and medical professionals, making any centers that open in those locations potential lifelines for their communities.

CNBC also reported on multiple job listings on Walmart’s careers website for positions at Walmart Health centers or on the corporate side of the business, with some listings putting forth the company’s goal to “more fully participate in the growing ~$3 trillion health care industry.”

Walmart’s competitors are also ramping up their health care businesses, however, as evidenced by Amazon’s 2018 acquisition of online pharmacy PillPack, Walgreens’ deal with VillageMD to open doctors’ offices in up to 700 of its stores, and CVS Health’s plan to remodel by the end of this year 1,500 of its drug stores into HealthHUBs including clinics and testing facilities.

Bentonville, Ark.-basedWalmartoperates more than 11,300 stores under 58 banners in 27 countries, and e-commerce websites, employing 2.2 million-plus associates worldwide. Walmart U.S. is No. 1 on The PG 100, Progressive Grocer’s list of the top food and consumables retailers in North America, while Walmart-owned Sam’s Club ranks No. 9 on the list, and Amazon, Walgreens and CVS are Nos. 2, 4 and 6, respectively.