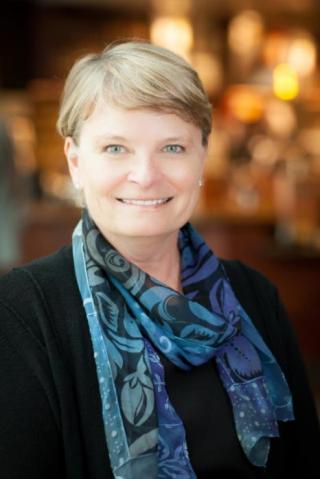 As BlueNalu seeks to bring its lab-grown seafood to the masses, the company has added food technology veteran Mary K. Wagner, Ph.D., as its first independent board director.

“I’ve spent my entire career on the forefront of product innovation, and I’m eager to apply my expertise at BlueNalu, where there is an extraordinary potential impact to help our environment and feed our planet in the decades ahead,” said Wagner. “BlueNalu has the right team, the right technology, at the right time that can transform seafood, and result in a global, trusted brand for sustainable, delicious and healthy cell-cultured seafood. I’m thrilled to be a part of an organization that’s pioneering this exciting new food technology.”

Currently, Wagner serves on the boards of various public or private companies, including Griffith Foods, a developer and manufacturer of customized food ingredients and solutions, and a strategic partner and investor of BlueNalu; Premium Brands Holdings; and Jones Dairy. She's also the chair of the food safety advisory board for Ecolab, known as a global leader in water, hygiene and infection control. Wagner is a governance fellow of the National Association of Corporate Directors and a member of Women Corporate Directors. She was also previously appointed by the U.S. Secretary of Agriculture and served as co-chair of the USDA National Agricultural Research, Extension, Education and Economics board.

"The diversity and depth of Mary’s experiences in the food industry, and the breadth of her corporate governance experiences on the boards of both public and private food companies, make her an outstanding candidate for our board of directors, and we are excited that she will join us as our first independent board member,” said Lou Cooperhouse, co-founder, president and CEO of San Diego-based BlueNalu. “Her business acumen in various areas of the food sector will enable her to support our aggressive growth plans at BlueNalu and become an invaluable mentor and resource for our team. We are thrilled to have her guidance on the board as we pursue our mission to create delicious, healthy and sustainable seafood.”

BlueNalu now has four members on its board of directors, which also currently includes 10 individuals as board observers. In addition to newly appointed  Wagner, BlueNalu’s board of directors includes Cooperhouse; Chris Kerr, chief investment officer at New Crop Capital and founding partner and CIO at Unovis Asset Management; and Chuck Laue, chair at Stray Dog Capital.

In January of last year, BlueNalu achieved the largest financing to date in the cell-based seafood industry worldwide by securing $60 million. Then, in September 2021, it inked a letter of intent with Nomad Foods, one of Europe’s leading frozen food companies, to introduce cell-cultured seafood on that continent. This collaboration joins a list of other international food companies including Pulmuone, in South Korea; Mitsubishi Corporations and Sumitomo, in Japan; Thai Union, in Thailand; Nutreco, in the Netherlands; and Griffith Foods and Rich's Products, in the United States.